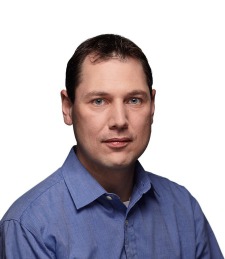 Four years of OCaml in production

For the last four years, issuu has been using OCaml to write production systems ranging from targeted ad serving, through real-time document similarity search in a 250-dimensional metric space, to a system for visitor-behavior analysis of web data. We have approximately 50,000 lines of OCaml code running in production.

This experience report will focus on the observations made along the way, both positive and negative. Finally we’ll seek to debunk common myths and misconceptions regarding the use of OCaml in an industrial setting. We hope this will provide both OCaml enthusiasts and skeptics with feedback to help guide adoption decisions and inform compiler and library development.

To provide better context for our findings, a short introduction to the architecture in which we use OCaml is helpful.

At issuu, we have implemented a microservice architecture in which heterogeneous services communicate through a central message bus (AMQP). HTTP(S) requests are forwarded the to message bus, using the path as the routing key, for the services to consume.

We’ve created a framework to easily create and deploy microservices written in OCaml. The services are built by a CI server (Jenkins) and continuously deployed using Debian packages. Each process is autonomous and handles one message at a time sequentially. Scaling is done trivially outside OCaml by starting multiple processes. Job scheduling and error scenarios are handled by AMQP.

OCaml was initially introduced for its execution speed and ease of refactoring. At the time, the primary programming languages were Erlang and Python, and issuu needed a language that could handle CPU-bound tasks.

We have been happily building and maintaining OCaml systems for the last four years. In this section, we’ll go through some of the reasons for this.

While we are happy with OCaml, indeed there are some areas that could be improved to elevate our day-to-day programming.

When we talk to other companies about OCaml, we often hear various misconceptions. We reflect upon a selection of these below.